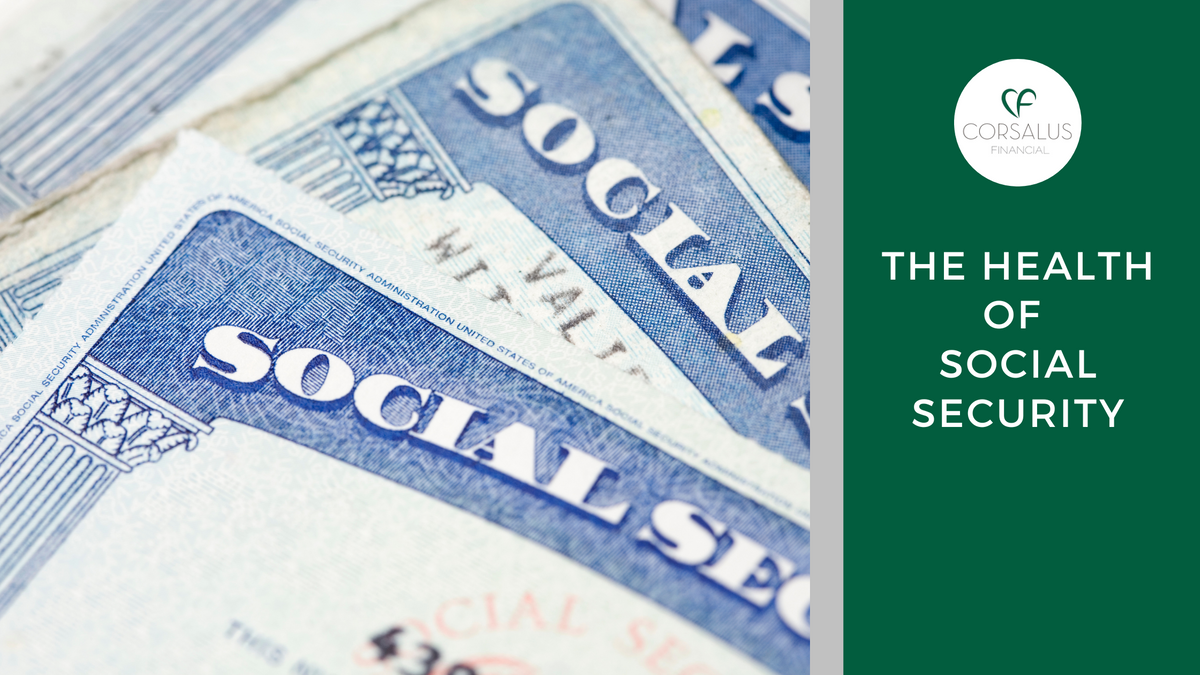 With approximately 94% of American workers covered by Social Security and 65 million people currently receiving benefits, keeping Social Security healthy is a major concern.1 Social Security isn't in danger of going broke — it's financed primarily through payroll taxes — but its financial health is declining, and benefits may eventually be reduced unless Congress acts.

Each year, the Trustees of the Social Security Trust Funds release a detailed report to Congress that assesses the financial health and outlook of this program. The most recent report, released on June 2, 2022, shows that the effects of the pandemic were not as significant as projected in last year's report — a bit of good news this year.

Overall, the news is mixed for Social Security

The Social Security program consists of two programs, each with its own financial account (trust fund) that holds the payroll taxes that are collected to pay Social Security benefits. Retired workers, their families, and survivors of workers receive monthly benefits under the Old-Age and Survivors Insurance (OASI) program; disabled workers and their families receive monthly benefits under the Disability Insurance (DI) program. Other income (reimbursements from the General Fund of the U.S. Treasury and income tax revenue from benefit taxation) is also deposited in these accounts.

Money that's not needed in the current year to pay benefits and administrative costs is invested (by law) in special government-guaranteed Treasury bonds that earn interest. Over time, the Social Security Trust Funds have built up reserves that can be used to cover benefit obligations if payroll tax income is insufficient to pay full benefits, and these reserves are now being drawn down. Due to the aging population and other demographic factors, contributions from workers are no longer enough to fund current benefits.

In the latest report, the Trustees estimate that Social Security will have funds to pay full retirement and survivor benefits until 2034, one year later than in last year's report. At that point, reserves will be used up, and payroll tax revenue alone would be enough to pay only 77% of scheduled OASI benefits, declining to 72% through 2096, the end of the 75-year, long-range projection period.

The Disability Insurance Trust Fund is projected to be much healthier over the long term than last year's report predicted. The Trustees now estimate that it will be able to pay full benefits through the end of 2096. Last year's report projected that it would be able to pay scheduled benefits only until 2057. Applications for disability benefits have been declining substantially since 2010, and the number of workers receiving disability benefits has been falling since 2014, a trend that continues to affect the long-term outlook.

According to the Trustees report, the combined reserves (OASDI) will be able to pay scheduled benefits until 2035, one year later than in last year's report. After that, payroll tax revenue alone should be sufficient to pay 80% of scheduled benefits, declining to 74% by 2096. OASDI projections are hypothetical because the OASI and DI Trust Funds are separate, and generally, one program's taxes and reserves cannot be used to fund the other program. However, this could be changed by Congress, and combining these trust funds in the report is a way to illustrate the financial outlook for Social Security as a whole.

All projections are based on current conditions and best estimates of likely future demographic, economic, and program-specific conditions, and the Trustees acknowledge that the course of the pandemic and future events may affect Social Security's financial status.

You can view a copy of the 2022 Trustees report at ssa.gov.

Like Social Security, Medicare faces a significant funding shortfall. Medicare's Hospital Insurance (HI) Trust Fund currently has a surplus due to higher income and lower expenditures in the short term, but is expected to be depleted in 2028, two years later than in last year's report. Once this fund is depleted, tax and premium income would be enough to pay 90% of scheduled benefits, declining to 80% in 2046, then gradually increasing to 93% by 2096.

Many options for improving the health of Social Security

The last 10 Trustees Reports have projected that the combined OASDI reserves will become depleted between 2033 and 2035. The Trustees continue to urge Congress to address the financial challenges facing these programs so that solutions will be less drastic and may be implemented gradually, lessening the impact on the public. Many options have been proposed, including the ones below. Combining some of these may help soften the impact of any one solution.

A comprehensive list of potential solutions can be found at ssa.gov/OACT/solvency/provisions.

Content in this material is for general information only and not intended to provide specific advice or recommendations for any individual. All performance referenced is historical and is no guarantee of future results. All indices are unmanaged and may not be invested into directly.

The information provided is not intended to be a substitute for specific individualized tax planning or legal advice. We suggest that you consult with a qualified tax or legal professional.

This article was prepared by Broadridge.